Barrow – the River Trent and the Knights Hospitallers

The River Trent has been of great importance to the development of the village of Barrow. When the Knights Hospitallers were offered the Church in Barrow in 1165 by Robert de Bakepuiz, they must have found the site in Barrow most attractive. Built in a small village on the flood plane of a river, there was access to transport, ample fishing and rich pastures.  There also appears to have been a small harbour.

The River Trent is one of the longest rivers in England, meandering 268 kilometres from its source in Biddulph Moor Staffordshire until it joins the Humber Estuary just south of Hull. The word “Trent” is of Celtic origin and means “strongly flooding”.  We in Barrow recognise the description ‘flooding’ and also know that the river has tended historically, to change course..

On the other side of the river from Barrow is the Hamlet of Ingleby.  The river meanders greatly here and its course was altered, “moving” 300 acres (120 ha) from one side of the river to another. The No ‘39’ in this field plan was previously south of the river and was, until quite recently, referred to as the ‘Ingleby’ field. 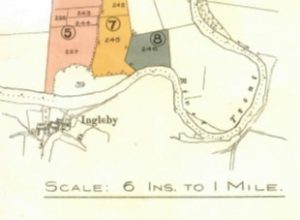 This tendency of the Trent to change course is even referred to by  Shakespeare‘s in his play Henry IV, Part 1:

Methinks my moiety, north from Burton here,
In quantity equals not one of yours:
See how this river comes me cranking in,
And cuts me from the best of all my land
A huge half-moon, a monstrous cantle out.
I’ll have the current in this place damm’d up;

And here the smug and silver Trent shall run
In a new channel, fair and evenly;
It shall not wind with such a deep indent,
To rob me of so rich a bottom here.

Attempts to control the movement of the river were discovered during the extraction of gravel near to Grange Farm on the outskirts of the village.  Correspondence from Dr C. R. Salisbury suggests that this structure, of a double row of posts, enclosing large stones and brushwood, might have been used as a training weir to absorb the energy of the river water thus protecting the banks. It might also double up as a fish weir and landing stage. 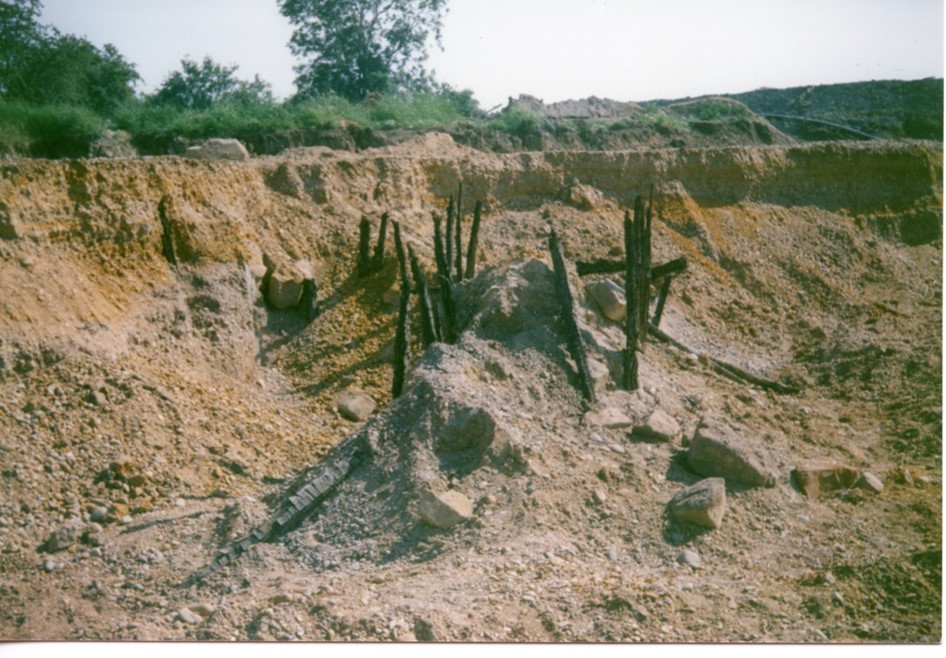 Another advantage the annual floods brought to Barrow upon Trent were the nutrients that were left behind. These nurtured the soil, providing excellent pastures and arable crops. They also provided protection from ground frost. This extract from a map by Robert Wyatt (c.1801)  shows the curve in the river; the flood plain around Barrow and just beyond the church is drawn a particularly wide section that might have been suitable for small boats. 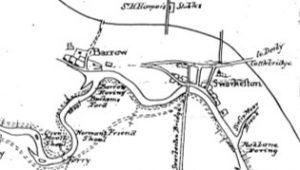 Drovers routes from North to South, crossing at the fords by Barrow, would have also provided easy access to other parts of the country. This would eventually become a passageway to Yeaveley and the rest of the Hospitaller properties in Derbyshire? Although the river is now shallow upstream from Swarkston  the Vikings had reached Repton in 873 and it is assumed that transport would have been undertaken by flat bottomed boats either called ‘Keles’ or like the boat here which might have been rowed or have had sails. 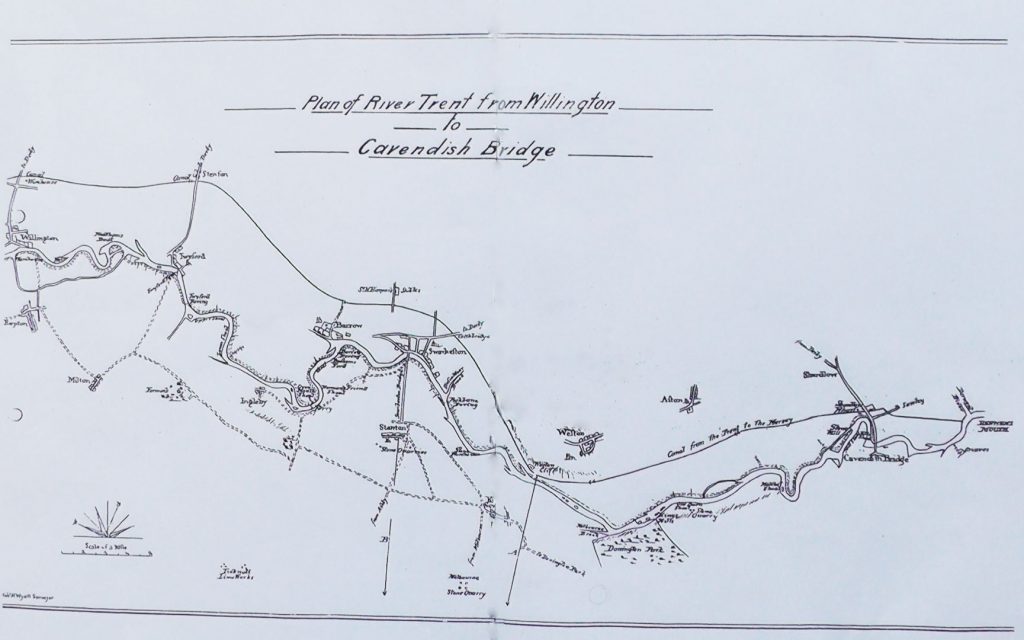