Norman Knights – Hospitallers journey from Jerusalem to Barrow upon Trent

In 1165 the Church of St Wilfrid was given to the Knights Hospitallers by Robert de Bakepuiz.  In 1288 his descendent, John confirmed the grant of the rectory and grants of land.

The Bakepuiz ownership of the land was a direct result of the Norman conquest of England.  When William the conqueror came to England he was accompanied by many Norman Knights including Henry de Ferrers, a close neighbour of the Bakepuiz family who lived in the district of Eure, Normandy.  William the Conqueror awarded Henry de Ferrers much land, including 114 manors in Derbyshire some of which Henry passed to his former neighbour, Bakepuiz. 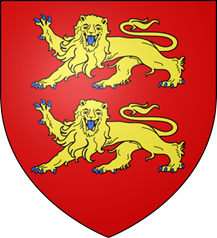 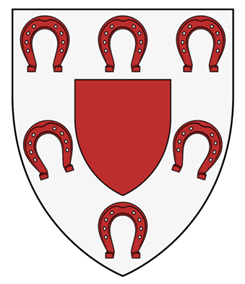 1086 – Henry de Ferrers allocated land in Derbyshire to Ralf de Bakepuiz including Barrow upon Trent (they were neighbours in Eure, Normandy)

1099 – Conquest of Jerusalem and Surrounding Lands by Crusader armies

As will be seen, the de Ferrers family made many donations to religious establishments and, as is becoming increasingly obvious, so did their many liegemen. – Robert de Bakepuz gives land and Church at Barrow upon Trent to Hospitallers

The map below shows how close together the original ‘homes’ of de Ferrers and Bachepuiz were to Villedieu les Poeles marked with ‘blob’ to the west (site of the first Hospitaller preceptory in Europe- northern France).  As will be seen, the de Ferrers family made many donations to religious establishments and, as is becoming increasingly obvious, so did their many liegemen. 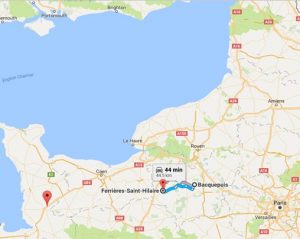