A font is a receptacle used for baptism ceremonies. Fonts hold consecrated water used in the baptism of newcomers to the Christian church (usually infants), and are usually located at the west end of the church, often near the south door.   The font normally sits close to the entrance to the church so that children may be baptised before they enter the church building.  Our font appears to have occupied several positions around the church over the last 700 years, its most recent position being directly in front of the tower where it was placed in the late Victorian era.

Fonts are usually of stone, and often lined with lead.

The design of the base of the font in St Wilfrid’s appears to be the same as the base of the pillars of the south aisle which would indicate that it was installed in the church in the early 1340s. 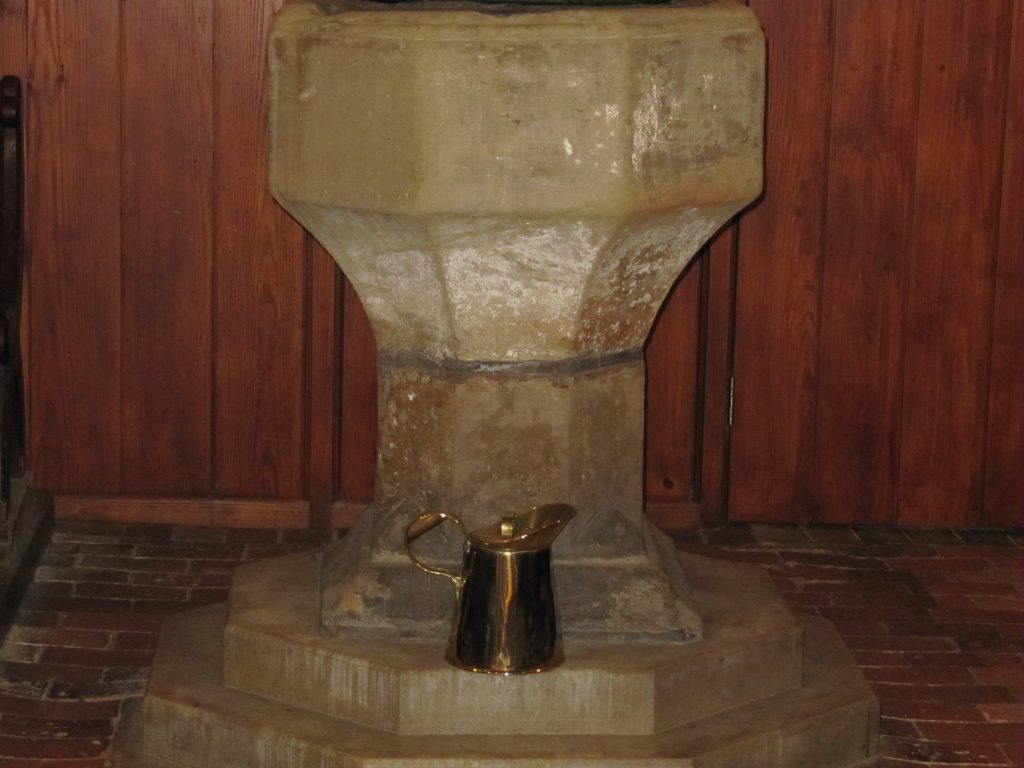 During the Transformation we decided to move the font to a more prominent area at the east end of the north aisle.  This entailed a stonemason carefully dismantling the ancient stonework, removing the lead lining, and moving the various parts to a new position beneath the east window of the north aisle.

Reconstruction of the font pieces was made more secure by the use of stainless steel rods to ensure that the stonework was stable. 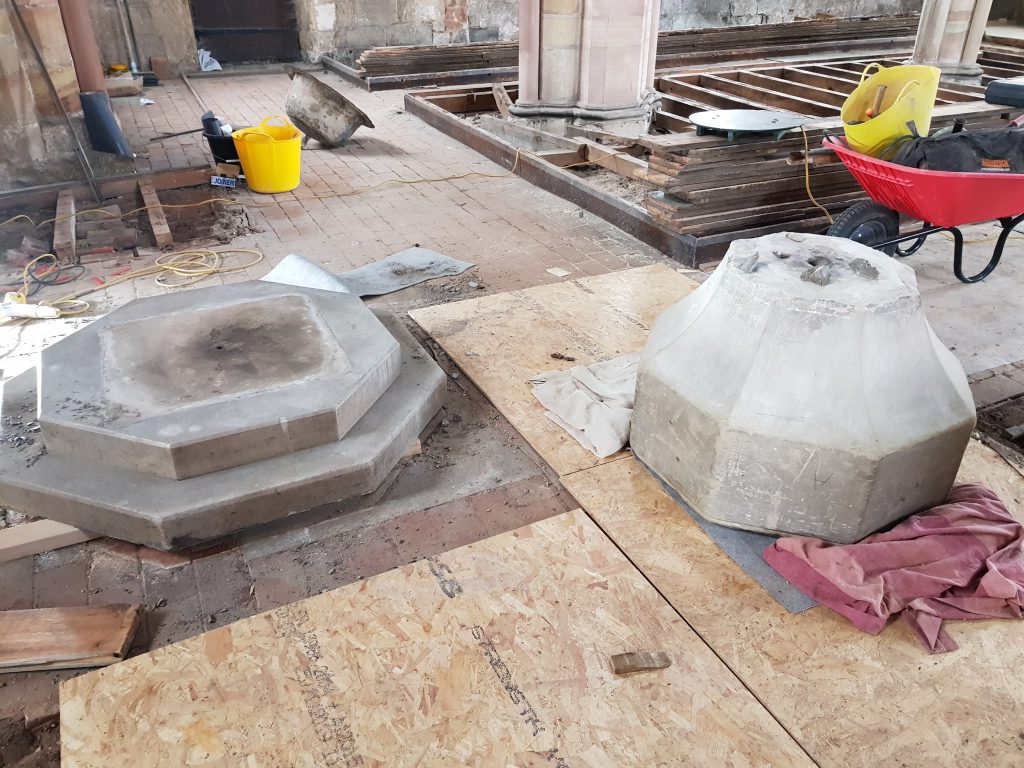 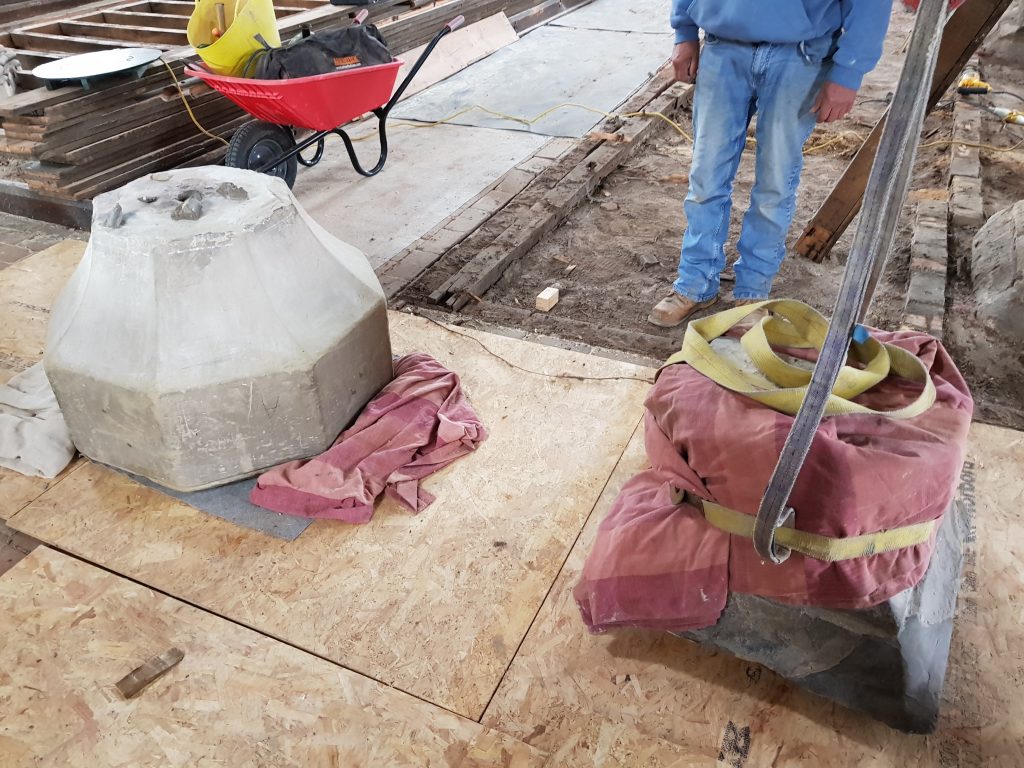 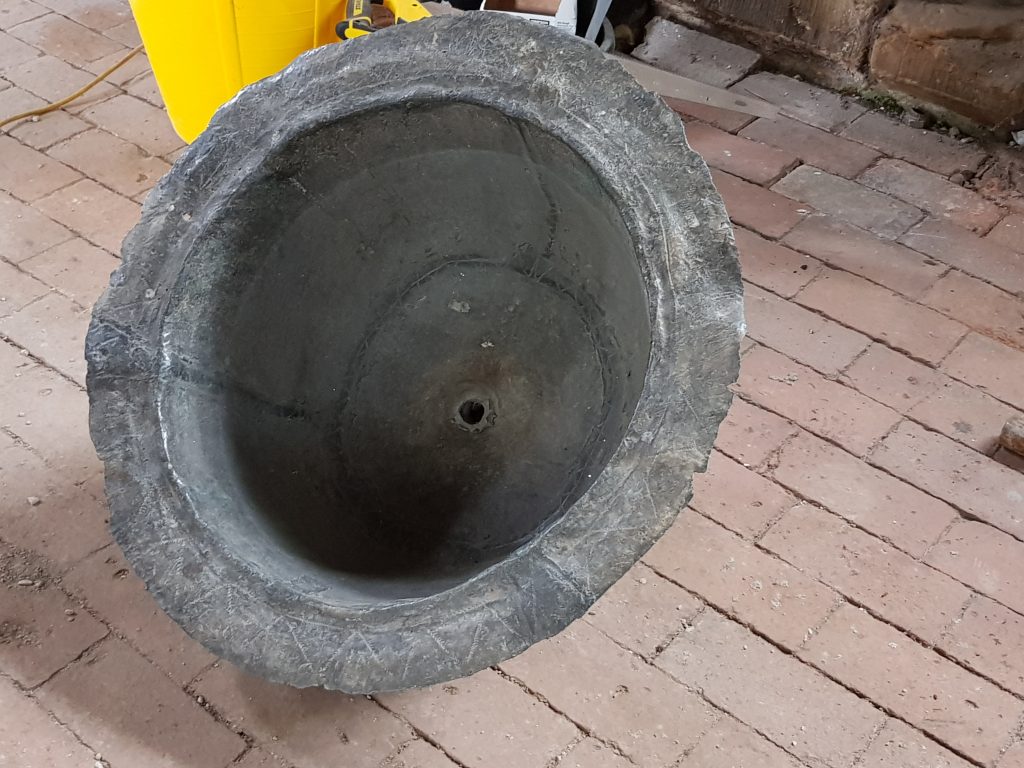 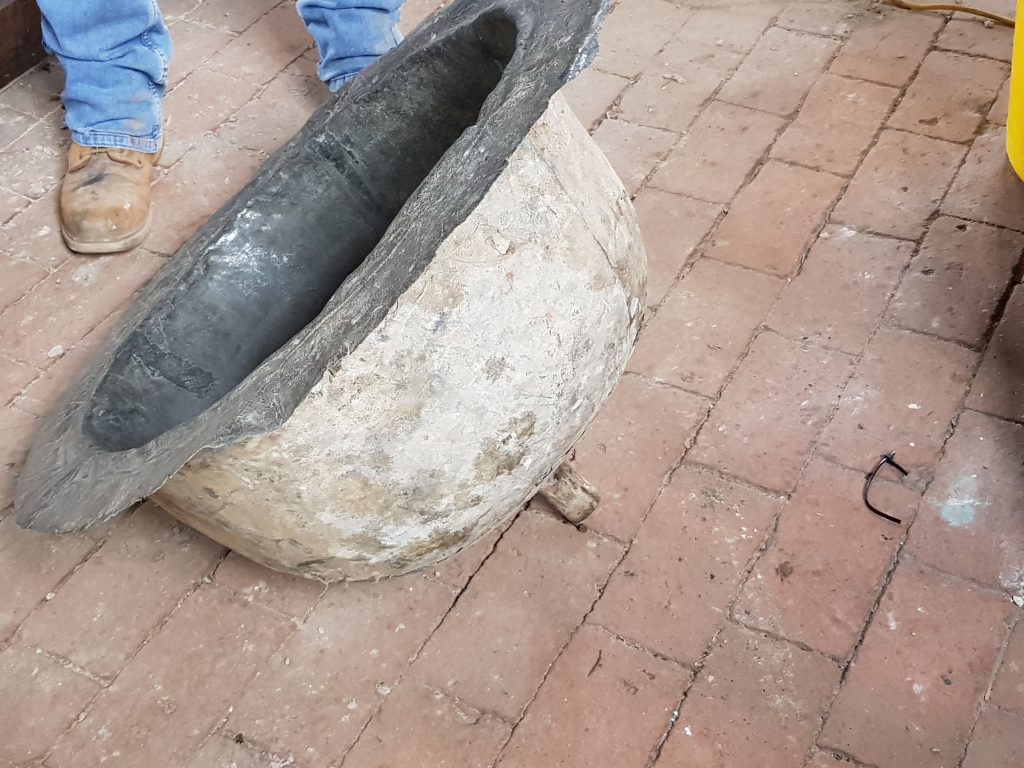 The font, when in its position in front of the tower arch, was mounted upon two graduated plinths.  These were constructed of Portland Stone and raised the font above the floor level.

When moving the font, the decision was taken to use only one plinth in the new position; the lower, larger piece of stone was repositioned into the pathway outside the west door of the tower.

Close inspection of the font shows much graffiti on the outside of the font stonework, and also a pattern in the edging of the lead liner.  The age of these drawings, numbers, letters, and patterns has yet to be ascertained, but we shall spend time researching these over the next few years. 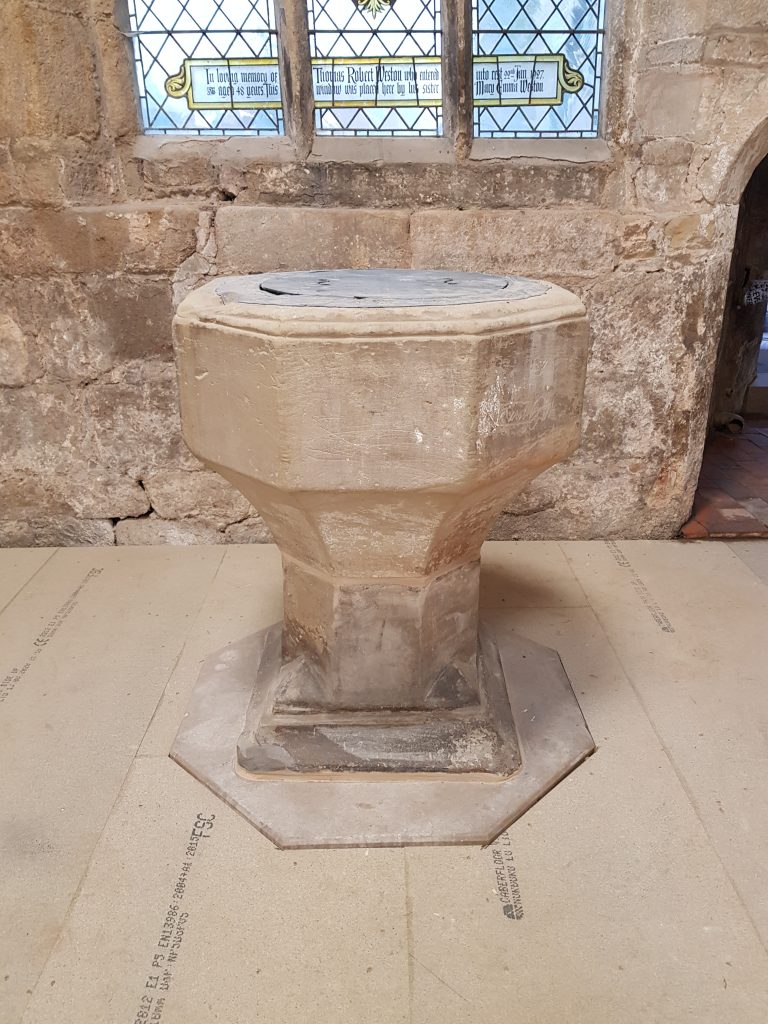 The new position of the font, close to the east end of the north aisle of the church, allows the congregation to easily follow the baptism service, and also allows the font to be seen under the stained-glass window that has always been known as the ‘children’s window’ since it’s installation in 1927. 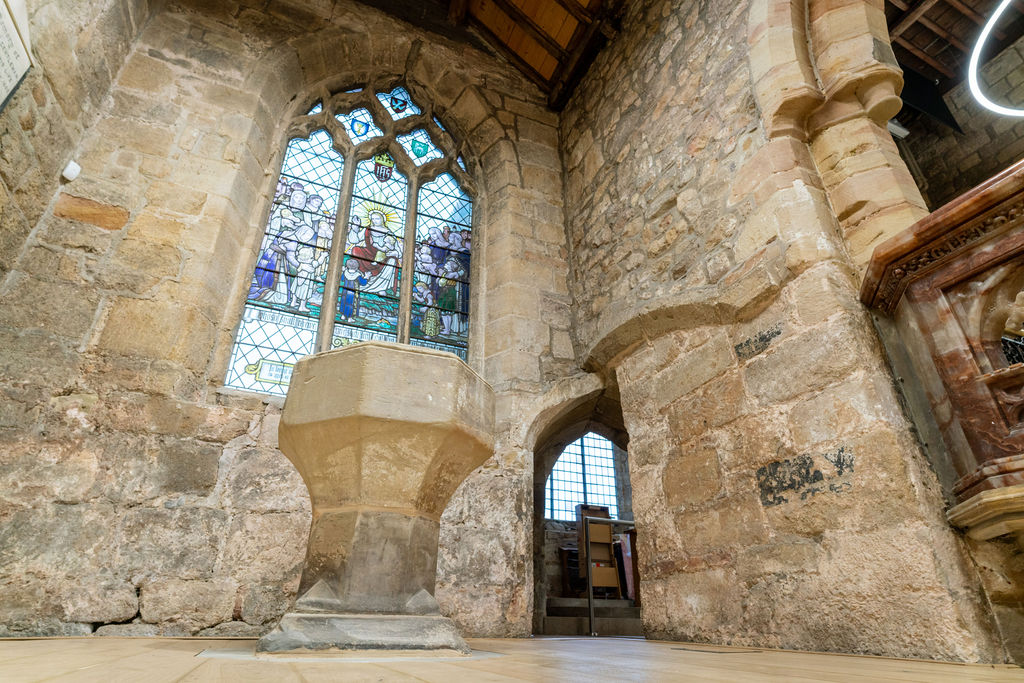