A new church floor – a mixture of discovery and delight!

The base floor of the church building is earth, and contains much heritage that we have been very careful not to disturb.  In the early years of the church, in Anglo-Saxon and Mediaeval times, it was usual for people to be buried under the church floor.  Evidence of this lay on the surface of the earth when the old floorboards were taken up.  Small fragments of bone were visible.  These were carefully protected and left in place; they now lie in the same place below the new floor. 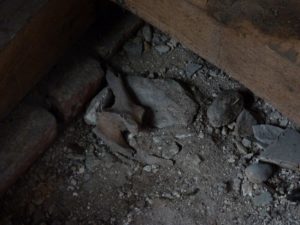 We are aware that in other churches when excavation for new floors has been undertaken, that many skeletons and bones were discovered.  We were aware that this would also happen in St Wilfrid’s, so took the difficult decision to take a “light touch” approach – to suspend a new floor above the original one.  This means that we have hidden some heritage gems; our Roman and Tudor bricks that were used on parts of the floor, and the grave slabs that have now been hidden. 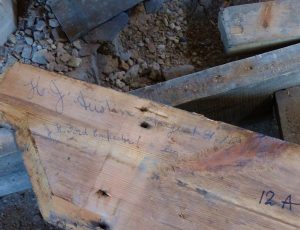 The old floorboards also had a story to tell; although many of the joists and bearers were rotten or worm-eaten, when lifted, evidence of the people who had laid the floor was seen.

H J Austin signed one of the boards that he had laid back in August 1902:

In the archway between the north aisle and the chancel, examples of the Roman and Tudor bricks have been retained for visitors to see.

Since Reformation times, the box pews and later Victorian pews sat upon raised pew plinths.  Although these may have made the floor slightly warmer to the feet, they created a significant trip hazard to many people, both young and old. 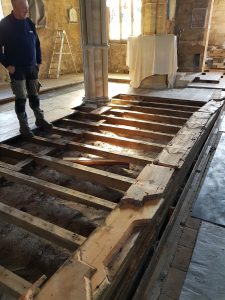 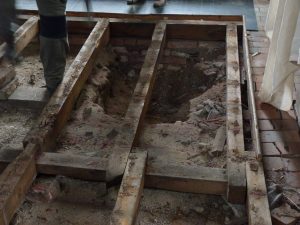 When the floorboards of the pew plinths were raised, not only was rot and worm found, but in many areas the floor had subsided beneath the pews. Old coins, possibly intended for the collection plate, that had been lost beneath the floorboards over many years, most of them Victorian, have been placed in a glass jar and replaced under the new floor for future generations to find.

In addition, a new memory box has been created to hide under the floor for future generations.  This includes many modern items such as a debit card and coins, but also press cuttings about the Covid-19 pandemic. Future generations will learn of 2020 from newspaper cuttings.

Another unexpected feature was the discovery of an ancient threshold step under the tower arch.  This stone step also had a narrow pathway leading to it, and was in use before the church tower was built above it.  This dates the threshold to, at the latest, early mediaeval, and may even have been the original entrance to the Anglo-Saxon church. 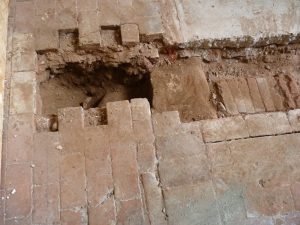 The new suspended floor gives us an open, flat area that has taken away all of our previous trip and fall hazards, and makes it possible for many activities to be undertaken in safety and space. 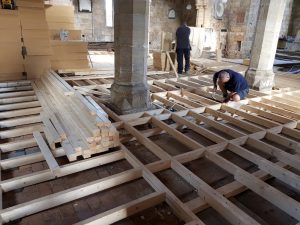 Under the suspended floor we have installed electric heating that will keep the building at a comfortable temperature all-year-round. 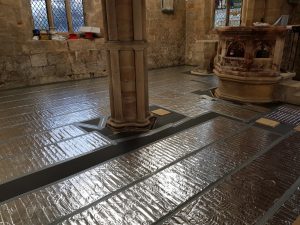 Our new floor is smooth and flat from the door to the chancel.  All the original trip hazards and accessibility problems have been eliminated.

In addition to our new wooden floor, we have preserved, cleaned and sealed our limestone and marble floor in the chancel area.  This now complements the new flooring, but preserves the old black and white stones with which we are all familiar. 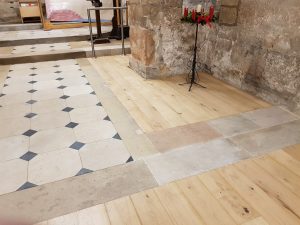 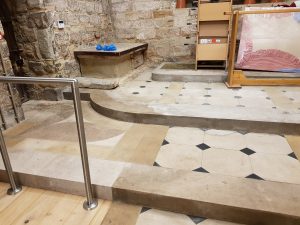 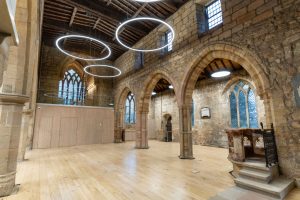